Where to find the best natural pools in Reunion 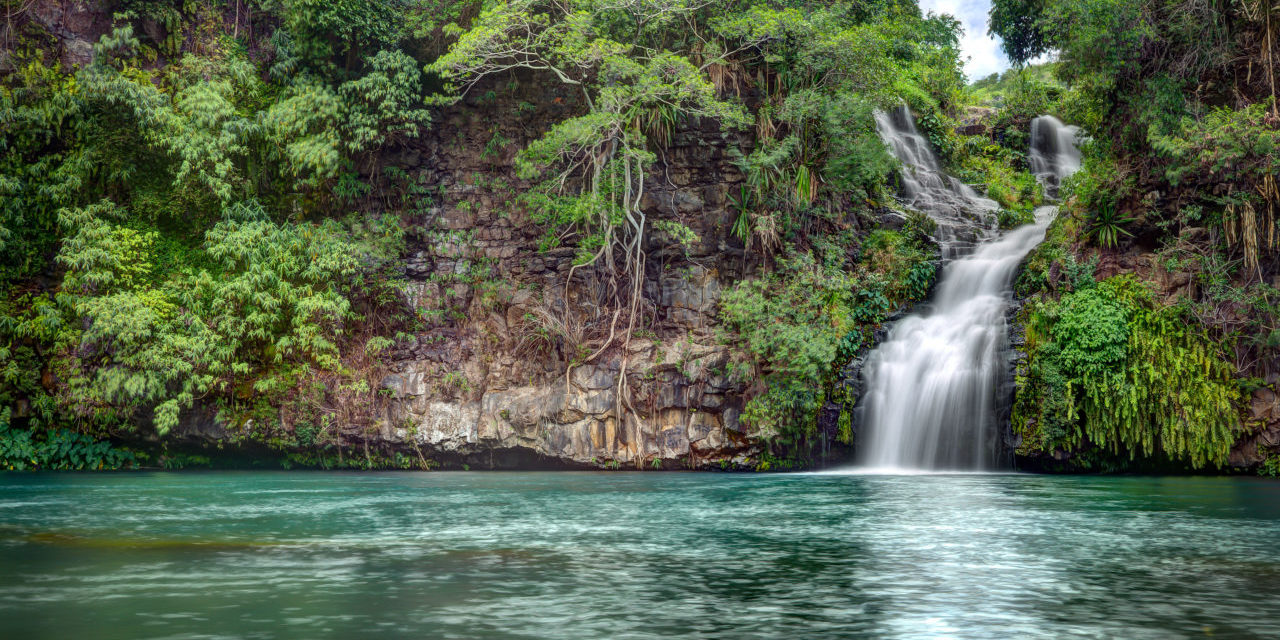 With 24 rivers and waterways, as well as hundreds of streams, brooks, and creeks, Reunion is ideal if you enjoy a dip in cool, fresh water. In places some of these watercourses have created swimming holes that are especially popular with visitors. Here is a selection of the island’s most enticing pools if you’re looking for a refreshing dip.

Bassin Bleu, located in the district of Saint-Benoît near the end of the Petit Saint-Pierre river, is one of the locals’ favourite natural pools, and is only a stone’s throw from the Indian Ocean. To enjoy the crystal-clear water without the crowds it’s best to visit early morning or during the week. The easily accessible site has a picnic area and spacious car park nearby.

Several natural pools on the island have the same name, such as Bassin Bleu in Saint-Paul, near the craft village of l’Eperon. It’s well-known in the area because it leads to a lava tube created by an ancient eruption of Piton des Neiges.

At Etang-Salé near the impressive Gouffre blowhole, is another site called Bassin Bleu, also known as Bassin Sardine. This is an attractive saltwater natural swimming hole, surrounded by volcanic rock, but there are no signs so it would be easiest to ask local fishermen or other visitors for directions.

The Sainte-Suzanne River flows down from Plaine des Fougères with a succession of more than 30 waterfalls and pools. Some of these can be reached by heading up river from Bagatelle. The Nicole, Boeuf and Grondin pools all follow each other, then two kilometres further upstream is a string of three more: Grande Cascade, Bassin Carosse and Bassin Pilon.

One of Reunion’s most recognisable landmarks is also on the Sainte-Suzanne river: the Cascade Niagara waterfall. Its gushes spectacularly after heavy rain, almost resembling its more famous namesake in Canada. You can swim at the foot of the powerful waterfall, but avoid getting too close to the actual cascade of water itself.

In the district of Bras-Panon two pools are fed by the Rivière des Roches, which has its source at Plaine des Lianes. Bassin La Paix is probably one of the island’s most beautiful, yet also most dangerous natural pools. Swimming in it has been forbidden since March 2018, however you can still enjoy the idyllic setting by walking down the 182 steps that lead there.

Located four kilometres further on, Bassin La Mer is more isolated, and can only be reached by walking for fifty minutes through sugar cane fields. There are two waterfalls, and the pool owes its name to the small sea-like waves created by the wind on the surface of the water.

Unfortunately some of Reunion’s most delightful swimming spots are out of bounds for safety reasons. This is the case of Bassin Malheur, Bassin des Aigrettes and Bassin Cormorans, all located in the vicinity of Saint-Gilles and which are nevertheless three of the island’s most visited pools!

Also prohibited is the towering Cascade du Chaudron waterfall, which plunges 200 metres down a sheer cliff face. The beauty of the turquoise waters below is legendary, however the site has been officially closed to the public since 1998.

As access to all of these locations is unauthorised, the paths leading there are no longer maintained and there is a very high risk of rock fall, so they should be avoided.

As a general rule, do not swim in any natural pools during or after a period of heavy rain. And even if the weather is sunny, remember to check weather forecasts and see if rain is likely upstream from where you will be swimming. Rises in water levels can be extremely sudden and dangerous.

Discover the most beautiful landscapes in Reunion Island by choosing one of our tailor-made sightseeing tours.